Nachfolger (Pvt) Ltd was incorporated on 12th May, 2016 for provision of quality services for a diverse range of domestic and International commodities futures trading through Pakistan Mercantile Exchange (PMEX). PMEX is regulated by Securities and Exchange Commission of Pakistan (SECP).

This post will cover Technical Analysis and a few tools.

What is the need for Technical Analysis?
There are many classes of traders in any exchange / market. Whether small or big, every trader aims to anticipate the price trend of his instrument. A correctly read trend can translate into huge financial gains. The ability to trade most items on “Margins” further magnifies earning prospects in which traders take positions far exceeding their actual investment. Although this also enhances risk but if the trend is captured correctly, the rewards outweigh it.
This strong urge in traders whereby they can read the future price trend of any financial instrument be it stock, commodity or index etc. acts as a driving force behind technical analysis. There are two main schools of thought about price trend. One believes that price movement is entirely random and it cannot be projected. Traders belonging to this segment do not give much weight to technical analysis. They mainly trade on news and other random developments.

The other school of thought strongly believes that price movements are not a mere random event and that there are certain underlying laws that play a part. It is consolidated by the belief that past price trend holds the key to unlocking future price inclinations.
It is also strongly believed by technical analysts that the current price of any traded instrument has fully discounted all invisible factors. So, instead of wasting one’s resources on gathering news and other info, prime focus should rather be on technical indicators.

How is Technical Analysis Performed?
The cornerstone of any such analysis is data on past price trends. The accuracy of historical price data is of paramount importance as distorted inputs will predict unreliable future trends. The next question is how far back in history should one go. This is also a subjective matter as traders tend to take positions over different time horizons. This mainly relies on the individual temperament of each trader.

One trader may have a timeframe of 6 months for a particular item. Another speculator may not want his position to exceed two working days for the same instrument. The timeline for trading also depends upon one’s ambition. If a trader wants to make landslide gains, he would most likely have to opt for a longer time period and vice versa.

Additional Factors in Technical Analysis
Past prices data is only one of the inputs employed in technical analysis. A few additional factors include traded volume, seasonal trend and correlation with other traded instruments. The nature of this correlation (if any) may be positive or negative; it is important nonetheless.

What are key Technical Analysis Tools?
Over time, hundreds and thousands of technical analysis tools have been formulated by very talented mathematicians and statisticians. Tweaks to existing tools have led to many modified versions of the same analytical tool. Some of the most reliable and famous ones are discussed below:-

1. Moving Average:-
This is one of the oldest and most reliable technical analysis tools. The rule of thumb for this tool is that if the price of any instrument is trading above a moving average, it is in bullish territory. Further, when
price has appreciated way above it and stalls from there, the moving average will act as a good support. The opposite is believed to be true for declining prices.

2. Relative Strength Index (RSI):-
RSI is also among the globally acknowledged technical indicators. Its value ranged from 0-100. There are 3 crucial values to monitor which are 30, 50 and 70. Like the MA, RSI is most reliable when applied to closing prices. In theory, price and RSI are positively correlated. Rise in price tends to increase RSI.

The RSI range of 0-30 is believed to depict an oversold condition. It implies that the instrument is ripe for buying at this stage. RSI value of 50 or close reflects a pivotal stage for future price trend. If RSI fails to breach this mark when price is recovering, prices are likely to stall again from this stage.

If price keeps increasing and RSI successfully breaks the 50 mark, the price has entered a bullish zone. So, traders either make fresh buy entry or hold on to their long positions at this stage.

RSI value of 70-100 reflects an overbought state. It indicates that price may stall from these heights. So, at this stage, traders tend to book their profits from long positions. They may also short sell the instrument at this stage, hoping for a decline in price due to the overbought conditions.

3. Fibonacci Retracement (Fib):-
This is a model that is considered quite reliable by many traders. It is named after the mathematician who derived it. This is based on the hypothesis that prices always move in pre-defined bands. Total span of the wave is defined by a prominent peak and low over a defined time line. The accuracy of this model is directly proportional to the timeline.
Once a prominent high and low have been identified, they form a complete wave. The model further states that the price will retrace its previous path, upward or downward, not randomly; rather in steps of predefined ratios. The most famous fib ratios are .236, .382, .5, .618 and .786.

The idea behind this model is that whether price is on uptrend or otherwise, it will face resistance around these values derived through above fib ratios. So, the trader should closely watch price behavior around the critical fib ratios and take trading decisions accordingly.

Example of Fib Model:-
After making a low, when the price crosses .236, the low is said to have been established. When .382 is crossed, price enters bullish phase. It may face some resistance at .5 but .618 is a major resistance. It is quite likely that price may fall back to .382 from .618. This phenomenon is known as technical correction. As soon as price crosses .618, it may face resistance at .786. If .786 is also crossed, it is quite likely that the recent high would be tested again. It is to be closely seen whether price successfully makes a new high or stalls around it.

Conclusion on Technical Analysis:-
Technical analysis tools are indeed a boon for traders. It is imperative to hone one’s skill in interpreting these indicators correctly and timely. The critical factor however is a trader’s ability to take decisions in line with signals generated by these indicators. Most traders tend to ignore these indicators and sway with their personal likes and dislikes.
This post sheds light on Technical Analysis. I have also discussed its importance and few globally recognized technical analysis tools.

What you can read next 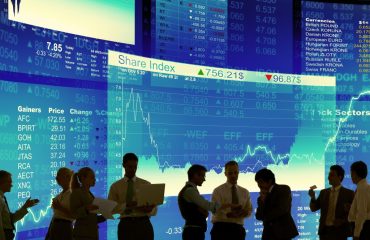 What is Margin Trading ? 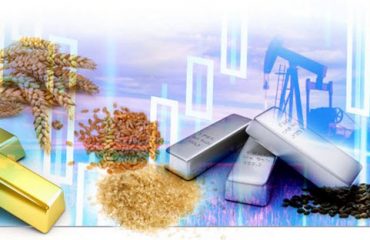